Lying Down with Dogs: The Extreme Right Hastens to the Defense of Swift-Boater Jerome Corsi 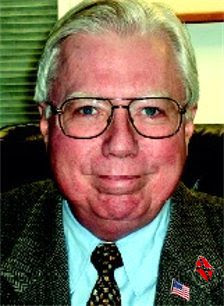 From The Bulletin, Philadelphia's "family" newspaper:

The mainstream media has launched a full-scale blitzkrieg against Dr. Jerome Corsi's important book, The Obama Nation: Leftist Politics and the Cult of Personality. This is one of several recent important books, because it puts together the kind of critical information that the mainstream media either ignores altogether or plays down into near insignificance. Like it or not, we have a mainstream media that closely resembles the Russian Kremlin-controlled one-party media that basically reports only the Putin party line.

The nature of that attack on Mr. Corsi's book is perfectly illustrated by a column which the Philadelphia Inquirer ran by Eugene Robinson entitled, "The Slime Master Returns, Out to Smear Obama This Time" (Aug. 17, 2008).
Mr. Robinson is syndicated by the Washington Post, a leader of the dishonest, fraudulent, and biased mainstream media, which treats Mr. Obama as a deity and ignores or refutes with lies all criticism of him. Consider the column, starting with the headline:

1. The major thrust of the criticism of Mr. Corsi consists of the standard ad hominem attack, calling Mr. Corsi a "slime master." The column goes on to claim he is spewing lies, venom, vitriol and smears as he did with the book he co-authored on John Kerry, Unfit for Command. Instead of dealing with the substance of the criticism, the attack is on Mr. Corsi. ...