Heroic age of US newspapers ends with a whimper

The New York Post did itself and every other US newspaper a favour this week when it gained massive media attention after the publication of a seemingly racist cartoon.

Oscar Wilde once claimed that the one thing worse than being talked about is not being talked about. If so, the New York Post did itself and every other US newspaper a favour this week when it published a cartoon that seemed to depict President Obama as a chimpanzee. Deluged with accusations of racism, the Murdoch-owned tabloid insisted it had been misunderstood, but apologised to anyone it might have offended.

The episode did not cover America's struggling 'old media' in glory. But for better or worse it was a reminder that newspapers still exist - a welcome change for an industry that is sinking into existential crisis. Long before the current recession, papers were fighting a losing battle with the internet for circulation and advertising revenue. Then along came the collapse of the financial markets, making life for the most indebted of them impossible.

No one is being spared, not even The New York Times. After turning to the Mexican billionaire Carlos Slim for a $250m loan, and putting its headquarters building and its stake in the Boston Red Sox baseball team on the block, the country's most prestigious newspaper last week announced it was skipping its quarterly dividend for the first time in 40 years.

Here in the US capital, scarcely a month passes without The Washington Post announcing a new round of payoffs and redundancies. USA Today, the top-selling daily, has made cuts. Even The Wall Street Journal, rejuvenated since being acquired by Rupert Murdoch's News Corporation, this month announced it was shedding 25 jobs in the newsroom.

But if life in the top tier is grim, it is hell in the second. Last December the Tribune Group, owner of a dozen newspapers, including the Los Angeles Times and the Chicago Tribune, filed for bankruptcy. Its owner, Sam Zell, blamed "a perfect storm" of shrinking circulation, collapsing advertising income, and the credit crunch.

True, the Tribune Group's woes were in part self-inflicted, the result of an increase in debt when Zell took the company private in 2007, creating debts that could be neither repaid nor refinanced when credit markets seized up. But the other ingredients of the storm were already battering regional and metropolitan papers.

The very names of some of them - The Sacramento Bee, for instance, the Toledo Blade, the Orlando Sentinel or Cleveland's Plain Dealer, the Baltimore Sun, the Akron Beacon-Journal - conjure up a heroic age of newspapering. Not for them the blander designations of Times, Post or News. These titles proclaimed they were there to monitor the mighty, and sting when the mighty abused their power. They would tell the story straight, illuminating the truth for all.

And, it should be said, they were highly profitable. As local papers, they enjoyed a quasi-monopoly of print news. With no internet to bother about, they had a lock on local advertising - a licence to print money. Alas, that comfy world has vanished.

The wreckage stretches from coast to coast. In Seattle, the Post-Intelligencer is up for sale, but so far there are no takers. The San Francisco Chronicle is losing $60m a year, while the Minneapolis StarTribune has filed for bankruptcy. In Denver, the Rocky Mountain News may be forced to close if it does not find a buyer. Detroit's two papers are scrapping home delivery to save precious dollars. "Our economics have become unsustainable," Jonathan Wolman, publisher of The Detroit News, declared.

Everywhere the story is the same: a vicious circle of losses and cuts leading to an inferior product that continues to lose money, prompting more cuts. The US, moreover, has less of a tradition than Britain of rich owners propping up loss-making papers, either for the clout they carry, or out of love for the business. Here the industry lives or dies by the bottom line.

By one estimate, a third of all US newspapers could be bankrupt by the summer. Last November, a study presented to US newspaper executives found that only one major publishing company, EW Scripps, was on a sound financial footing. And since November, the economic crisis has only deepened. But, one might ask, if a swathe of papers just vanishes - so what? After all, there's always the internet and local television to provide the news. In the huge but fragmented media market of the US, however, it's not so simple. Those romantic titles may be a throwback to a happier past, but their message is as relevant as it ever was.

Local newspapers are still the main source of news about the towns and cities where they are published. If anyone's keeping them honest at City Hall or in the governor's office, it's the local papers, with their man covering the mayor's office and their staffer on the police beat, doing the reporting on which everyone else feeds. Without them, entire cities might vanish off the national news radar screen.

So what is to be done? Newspapers may try to squeeze more money out of their websites, either by charging more for advertisements or making readers pay for articles. But both solutions violate the 'free' culture of the internet. No one has yet worked out how to generate enough money from online operations to cover the fixed costs of running a paper.

Conceivably, future papers will exist only in cyberspace; from April, The Christian Science Monitor will exist mainly as a website, publishing a paper edition only once a week. But will today's papers survive that long? Desperate times breed desperate remedies - which is why Pennsylvania's governor and the publishers of Philadelphia's two papers held talks recently about possible state funding. Nothing appears to have come of the idea. But the implications for journalistic independence are obvious.

Another idea is to turn newspapers into non-profit organisations drawing tax-free income from an endowment. However, tax-free, under US law, means political bias-free, which would cramp editorial style. And it has been calculated that to finance every major paper this way would require more than $100bn. But on the other hand, as a recipe for survival, it sure beats racist cartoons about the President.

- INDEPENDENT
Posted by Alex Constantine at 1:35 PM No comments:

Yet again, Rupert Murdoch makes a monkey of himself ... 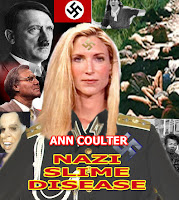 In May 2007, I noted Florida newspaper accounts concerning a criminal investigation underway targeting G.O.P. columnist Ann Coulter for falsification of her Palm Beach County voter registration. The case was finally dropped when a high level FBI agent (and alleged former boyfriend?) intervened on her behalf. Now the New York Daily News reports that Coulter is once more the target of a voter fraud probe:

Connecticut’s Elections Enforcement Commission is making a “thorough investigation” of whether the conservative pundit broke the law by voting in the Nutmeg State while living in New York City, according to a commission spokeswoman. Officials are responding to a formal complaint filed by Coulterwatch.com blogger Dan Borchers. “For over 10 years, Ann Coulter has gotten away with illegal, immoral and unethical behavior, ranging from plagiarism to defamation, perjury to voter fraud,” claims the conservative Borchers. Coulter declined to comment, but in the past has branded Borchers a stalker. He says the FBI has determined he poses no threat.

http://harpers.org/subjects/NoComment#hbc-90004370
Posted by Alex Constantine at 1:57 PM No comments: 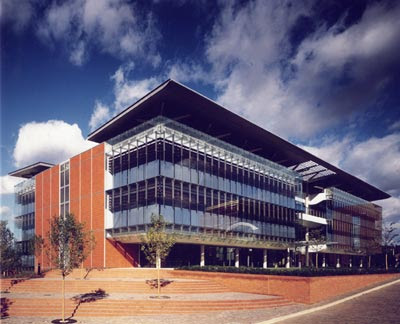 http://www.forbes.com/2009/02/03/glaxosmithkline-murdoch-jobs-markets-equity-0203_drugmakers-appointment.html
Posted by Alex Constantine at 7:11 PM No comments: