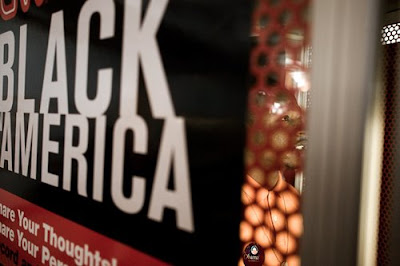 What is CNN doing interviewing the founder of an online discussion forum that promotes selective breeding of the human species?

As part of its ongoing "Black in America" project, CNN posted a story to its website earlier this week titled "Could an Obama presidency hurt black Americans?" Credited to CNN correspondent John Blake, the piece quotes the wit and wisdom of Steve Sailer, identified only as "a columnist for The American Conservative magazine."

"So many whites want to be able to say, 'I'm not one of them, those bad whites. Hey, I voted for a black guy for president,'" Sailer wrote.

What the CNN article fails to note is that in addition to writing columns and movie reviews for The American Conservative, Sailer is the founder of the Human Biodiversity Institute, a neo-eugenics online discussion forum where right-wing journalists and race scientists have promoted selective breeding of the human species. He also writes frequently for the anti-immigrant hate site Vdare.com, named for the first white child born in America, and runs a website, isteve.com.

Sailer's website is rife with primitive stereotypes. On it, Sailer mocks professional golfer Annika Sorenstam for having well-developed muscles and claims that Asian men have a hard time finding dates because they look "less masculine" than other men.

"He's a remarkably exotic variety of the faux African-American, but a wigger nonetheless," Sailer wrote. "Even genetically, Obama, whose East African descent is apparent in his unusual features, has only a distant relationship to the West Africans who are the ancestors of almost all African-Americans." To illustrate his point, Sailer used photos of Obama side-by-side with Jesse Jackson and the rapper Ludacris, "both of whom have conventional West African features."

Assessing the tragic aftermath of Hurricane Katrina in September 2005, Sailer wrote, "The plain fact is that they [black Americans] tend to possess poorer native judgment than members of better-educated groups. Thus they need stricter moral guidance from society."

This isn't the only time in recent history that CNN has turned to an unabashed bigot for commentary on controversial issues in America while cloaking the source's full identity.

In October 2006, CNN medical correspondent Dr. Sanjay Gupta reported on a study by J. Phillpe Rushton that purported to show that men, on average, are more intelligent than women. Gupta identified Rushton only as a professor of psychology at the University of Western Ontario. Since 2002, Rushton has been the head of the Pioneer Fund, a pro-eugenics foundation that funds the research of academic racists like Jared Taylor and Rushton, who himself has received over $1 million in Pioneer grants. Among Rushton's findings are that on average blacks have larger genitals, breasts and buttocks, characteristics that, according to Rushton's "research," have an inverse relationship to brain size and, thus, intelligence.

Then last April, CNN host Paula Zahn invited white supremacist James Edwards to participate in a live on-air panel discussion of "self-segregation" in America. Edwards, a self-proclaimed crusader for the white race, is the co-founder of the Political Cesspool, a Memphis, Tenn.-based AM radio show whose guest lineup is a rogue's gallery of prominent figures on the radical right, including former Klan leader David Duke, anti-Semitic attorney Edgar Steele and the neo-Nazi teen singing duo Prussian Blue.

On that occasion, CNN identified Edwards rather sparingly as a "talk radio show host."