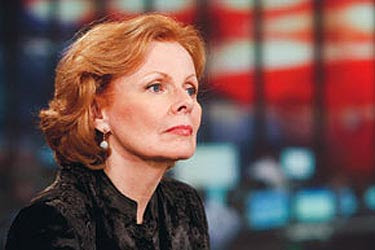 Hot Mic Picks Up Noonan and Murphy Dishing on Palin

It's all Palin, all the time, on the Web.

Just hours before Gov. Sarah Palin's speech tonight in St. Paul, Minn., the latest YouTube video making the rounds captures off-the-cuff comments from prominent conservative columnist Peggy Noonan and former John McCain campaign manager Michael Murphy following a segment that aired today on NBC with Chuck Todd. Thinking that the microphone had been turned off -- or, perhaps, that the video signal had stopped transmitting -- Noonan and Murphy ripped into Palin as a political choice who would weigh down the GOP ticket.

Asked if Palin was the most qualified woman for the Republican running mate slot, Noonan replied, "The most qualified? No. I think they went for this, excuse me, political bullshit about narratives and [inaudible] the picture."

Later, she continued, "Every time the Republicans do that because that's not where they
live and it's not what they're good at and they blow it."

Added Murphy, "You know what's really the worst thing about it? The greatness of
McCain is no cynicism and this is cynical."

In her Wall Street Journal column today, Noonan was more circumspect in writing about Palin.