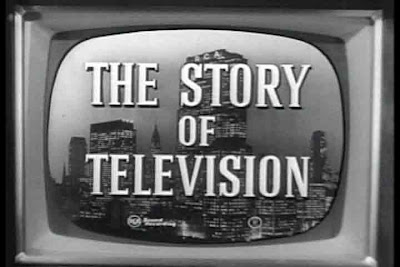 "The laying of a broadband cable between Berlin and Nuremberg was begun ... Prototype programmes included the filming of executions of supposed traitors to the Nazis and an early reality TV show, depicting the wholesome Aryan life of a young German couple for the rest of the population to model themselves on. ... "

By WILL STEWART
www.dailymail.co.uk
21st October 2008

Hitler was on the verge of creating a 'Big Brother' style version of cable television to broadcast Nazi propaganda around Germany.

The Nazis were preparing public TV screens, including sets installed in public laundries so housewives could tune in, across the nation, according to a Russian documentary based on papers and tapes found in his bunker.

Prototype programmes included the filming of executions of supposed traitors to the Nazis and an early reality TV show, depicting the wholesome Aryan life of a young German couple for the rest of the population to model themselves on.

The crude system would transmit the TV picture to a screen and the sound to a radio receiver.

The discovery came to light first in 1945, when dozens of boxes with tapes were found in the ruins of the Reich Council by Soviet soldiers, the programme claims.

Documents recovered from the Nazis show Hitler's plans were well advanced and showed German engineers were on the point of a technological breakthrough and had even recorded a series of taped programmes on news, sport and education.

A former SS officer, Curt Schulmeitser, told the programme how a relative of Hitler's mistress Eva Braun was filmed being shot after being caught trying to flee Berlin as the Soviet army advanced.

Schulmeitser said Hitler's deputy Heinrich Himmler authorised the filming and hinted it was being filmed for Hitler to watch.

He said: 'Himmler wanted somebody else in a different place to see what was going on.'

In another plan, Hitler wanted to inspire ordinary Germans to a live a pure Aryan life by setting up a fly on the wall reality TV programme called: Family chronicles: An evening with Hans and Gelli.

The actors were to depict a normal, wholesome, Aryan way of life that other Germans could emulate. presenting a common evening in a German family of a young couple.

Josef Hebbels, who masterminded the plan, told Rudolph Hess's sister Margaret ,who was also working on the scheme: 'We'll be able to show whatever we want. We'll create a reality, which the people of Germany need and can copy. Your task is to teach German women to live this way'.

According to the programme, a Nazi engineer called Walter Bruch was tasked to make 'people's television' a reality.

He tabled a document to Hitler called 'Plan to supply people's transmitter to German homes,' and the laying of a broadband cable between Berlin and Nuremberg was begun, it claimed.

Hitler early on realised the power of television propaganda. His address at the opening ceremony of the Berlin Olympic Games in 1936 was broadcast to system of bulky mobile TV stations where Germans could watch in town squares.

But the programme claims the Nazi leader and his scientists were planning a far more complex series of public TV screens before the allies overran Germany and he committed suicide in 1945.

His plan is eerily similar to George Orwell's novel 1984, where despotic figurehead Big brother looms out from public telescreens entreating the subdued populace to work for the state and telling them 'Big Brother is watching you.

The reality television show, Big Brother, in which contestants are under constant surveillance, is based on Orwell's concept.

http://www.dailymail.co.uk/news/article-1079415/Hitler-planned-Big-Brother-style-television-broadcast-Nazi-propaganda.html
Posted by Alex Constantine at 10:04 AM

Definitely on the mark. Little known to most the Nazis had been experimenting with television and with full knowledge of the potential of mind control that it represented.

The video Televison Under The Swastika is available here on Google.

As I have been saying for quite some time now we in the Heimat (formerly known as the USA) are being victimized by a far more sophisticated form of Nazism.

Good to you for posting this sir.